The majority of our genome is actively transcribed while only 2% of it encodes for proteins. This results in the generation of large numbers of so-called non-coding RNAs (ncRNAs). That these are transcriptional noise was quickly renounced when many essential, stable and cell-type specific ncRNAs were found in humans. While the biology of some of these ncRNAs is already fairly well established, as is the case for microRNAs, others are just being discovered and their roles are elusive.

To address this lack of knowledge my group uses a combination of structural biology, systems biology and biochemistry. Specifically, our work addresses the following questions: 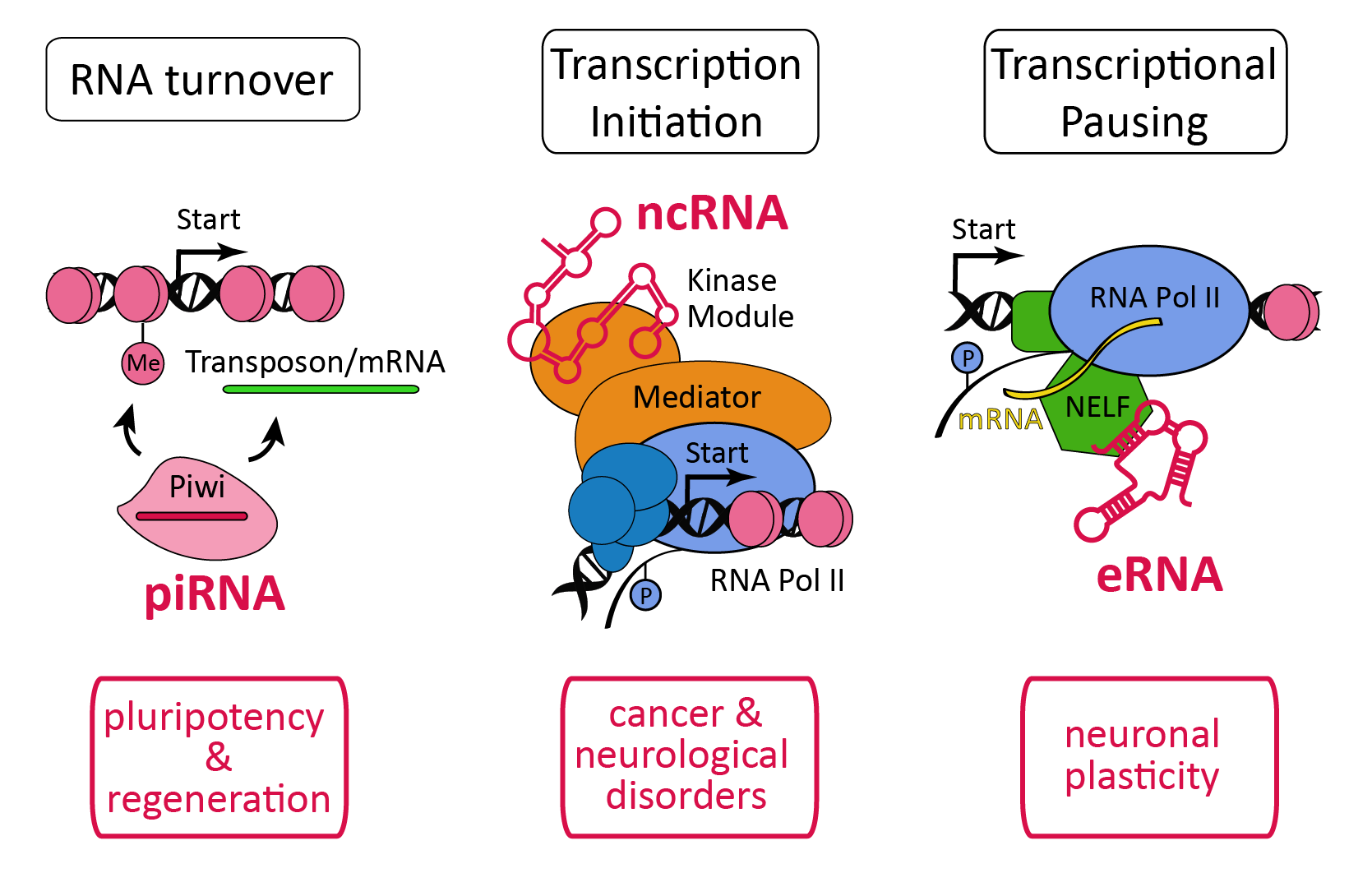 Graphical Summary of Current Research. The three classes of ncRNA under investigation are highlighted in red, the respective biological process that they are involved in is indicated on top. Major medical implications are listed below the cartoons that sketch their principal biological role. (Abbreviations: Me = histone H3K9me3, Start = transcription start site, GTF = general transcription factors, P = phosphorylation status of Pol II, NELF = negative elongation factor).